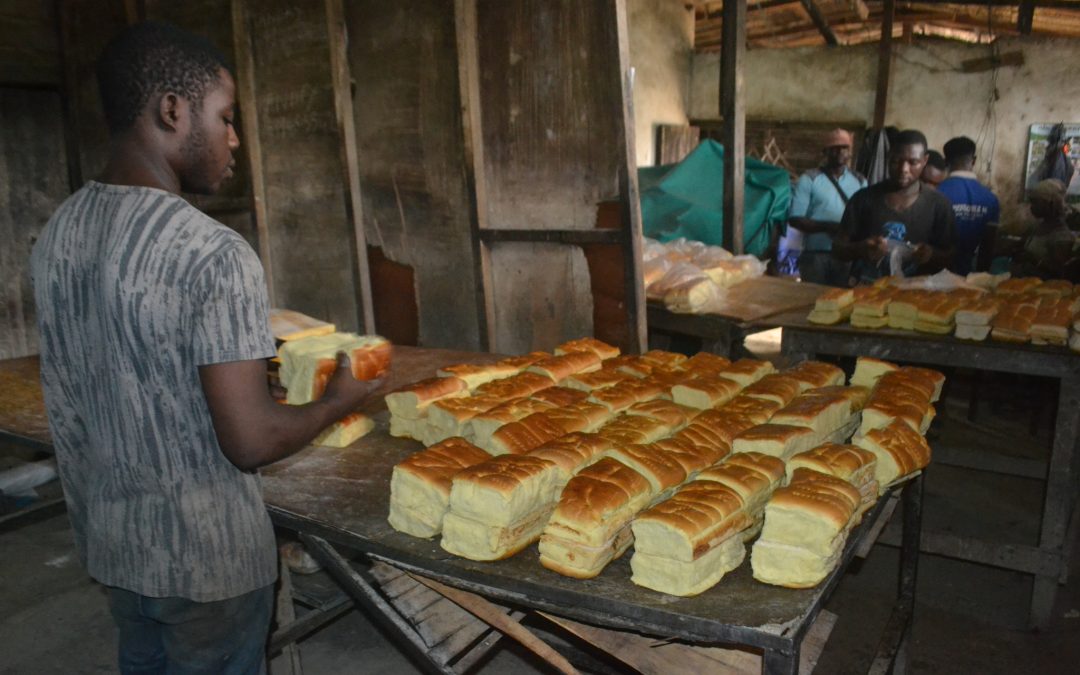 “Side hustle” is not a swear word: How to make gigs work for young Africans

Across the African continent, the concept of a “side hustle” is not new. Slow job growth, accompanied by a high number of labour market entrants, has meant that young people have for a long time been engaging in informal ‘side’ work to make ends meet. Young people in African countries experience unemployment rates double that of adults (UN, 2017). Around 63% of the labour force in Africa is involved in some type of self-employment  (McKinsey and Company, 2012), and even in South Africa, famous for its inexplicably small informal sector, 30% of millennials have a side hustle (Geopoll, 2017).

However, the connotation has almost always been pejorative—even the terms used for this kind of work are belittling. Side hustle—something that you do on the side, with a hidden meaning that you aren’t serious. Informal. This is not formal enough, and formal is what is desirable. Young people and societies alike have relatively little respect for these ‘jobs’; informal or gig workers are under-valued and they remain perched on the margin of our imaginations and our institutions. Governments have long been focused on how to formalize informal business to increase the tax base, when in fact formalization is not always the right step (often because it doesn’t work), and social protection and support for such workers would be more valuable (Rogan & Skinner, 2019).

While there is no doubt that these jobs have been plagued by precariousness, the myth and promise of the ‘formal sector job’ must be challenged. Formal sector jobs have long been held in high prestige—built on the narrative that a college degree and a steady desk job signal success and prosperity. Side hustles are seen just as stepping stones to a more stable and prosperous future.

But, as country after country across Africa, and indeed the world, fail to deliver on this promise, the false narrative of an aspirational linear pathway—from school to college to work—has to be interrogated. Recent data from an intervention by Harambee Youth Employment Accelerator in South Africa finds that young people are divided 50/50 between wanting a job and wanting to start a business. We need more realistic and viable pathways to both options.

Without romanticizing the precariousness of side hustles, we must accept that they are here to stay. Informal work and businesses have been around for a long time, especially in low-income countries, and the precarity of work is only increasing. African institutions—our schools, financial institutions and governments—have to reconfigure themselves to adapt to the world of the side hustles, making these opportunities work for young people, rather than ignoring them and hoping they go away or using regulation to fight against their existence.

Firstly, education and training institutions need to shift to keep up with young people’s lived reality. Young people who do not have a formal job are rarely idle,often keeping busy through volunteering, hustling, or doing piece work alongside many other responsibilities including secondary and higher education. But rarely does a side hustle transform into a more meaningful opportunity. Young people often rely on sheer luck to break out of the cycle of low-level equilibrium gigs.

Xoliswa “Lizzy” Skosana started We Like Cake while she was studying for her Master’s degree and also while concluding another business venture. Her passion for baking drew in her sister as well, who had completed matric (South Africa’s high school examination) and did not know where to go next. The pair started the business from their mother’s kitchen. Slowly, and with the help of the “university of YouTube”, they started growing and moved into a garage, kitted-out with professional equipment. The business grew alongside school and other work, but they continued to need significant support, and were lucky to receive this from family. From her mother’s kitchen to her garage, Lizzy now has a storefront in Booysens, in Johannesburg, and in the three years of running her business, only started as ‘full time’ this past year.

Our institutions—in this case schools and universities—need to accommodate Lizzy’s circumstances, potential, and ideas, instead of waiting for her to work around them to get to her next step, and figure it out. Schools and colleges need to not only offer training in entrepreneurship and importantly, financial literacy, but also actively encourage side hustles as part of their curriculum, providing flexibility for young people to start and continue such businesses. Schools and colleges could partner with an array of entrepreneur support organisations, financial institutions, and investors to actively encourage young people on their side hustles—instead of exclusively focusing on a linear path through to graduation and employment. Young people could be studying and earning cash from a side hustle and this should be encouraged and accommodated by schools and universities.

Secondly, financial services institutions should keep up with the times. There are many examples of young women and men who struggle to access financial services products that suit their circumstances—whether loans and startup capital, or products to improve their business productivity such as vending platforms and mobile banking. These products, importantly, need to be accompanied by the basic financial literacy training that is needed for young people to sustain and grow their gigs.

Take the case of Masingita Maluleke, a partner of Harambee from Soweto, Johannesburg. Armed with a bucket and soap, she started her side hustle while still in college, working to make ends meet. When Masingita’s high school teacher said to her “you won’t pass matric”, because she was unable to read and write on account of her dyslexia, she fell into a deep depression, even attempting suicide. She partnered up with a friend to start a cleaning and laundry business and slowly got it off the ground by using her networks at church and handing out flyers at the local mall. They started attracting more clients and when someone suggested they apply for a tender they had no idea what to do as they did not have a bank account, and they did not know how to register the business. Getting all the documents in order to register took a lot of time and money, as they had to pay someone to help them, even though the process should not cost anything. Managing the finances and administration became a huge burden and they were frustrated and ready to give up. The time lost on the administration meant lost business. Eventually, with some luck in meeting mentors and investors, the side hustle took off, and now Masingita has two licensed businesses under her belt and is also employing others. Had Masingita not found someone willing to support her to get her business investment-ready, she would have lost a lot more time. For many young people, such delays could push them irretrievably into poverty.

Innovations like A2Pay and Yoco in South Africa (fintech companies that provide simple digital technology to support emerging traders to drive growth, efficiency, financial oversight and more) fill a critical need in South Africa, where mobile banking is still in its infancy. By meeting informal and gig workers where they are instead of waiting for infrastructure to improve and coupling these innovations with community-based interventions that drive financial education, we can improve productivity. Community based organisations can also act as “ombudsmen” of these products—flagging malfeasance and exploitation and encouraging inclusion and fair practices.

Lastly, public institutions and labour market platforms need to reconfigure to this new normal. Everything about labour market institutions in Africa and much of the world is informed by labour norms of nearly a century ago—our laws, policies, regulations, and ideas around what constitutes ‘work.’

Even though gig work can be precarious, it offers young people the flexibility to engage in a portfolio career. A formal job may not be the best option for all, and in fact, informal work may even be preferred. Blattman and Dercon’s study on textile workers in Ethiopia found that many of those who got a job—in a beverage bottler, garment factory, shoe factory and industrial greenhouse operations—soon changed their minds and quit those jobs, instead opting for gig jobs that their counterparts had—working on the family farm, construction, or even hawking. While these findings may be hardly generalizable, it is clear that our outdated notions of what constitutes an ideal job for young people may be failing both the market and young people themselves.

However, flexibility does not have to mean precariousness. Instead of presuming access to formal sector jobs, which get the bulk of protections in the form of unemployment insurance, governments should plan to design social protections around informal work as well as zig-zagging or unconventional pathways. These could range from conditional grants for young adults looking for work, to livelihood grants and business support to encourage young people to start their own work and side hustles. Such efforts could particularly shield informal and gig workers from crises like COVID-19.

Labour regulations need to be reformulated to suit this new reality, as Uber’s CEO outlines. We need to move away from the false binary of choosing between full time, formal, protected work, versus non-formal, unprotected and precarious work. Labour market platforms could build pooled benefits funds subsidized by the government and serving gig workers across multiple platforms. Gig work and linkages platforms should themselves be subject to ratings—to benefit from tax and other incentives.

The need to reimagine systems to support gig and informal work has never been more urgent.
In South Africa alone, 3 million people have thus far lost jobs due to COVID-19, and of those, two-thirds are women (Spaull et. al., 2020). The informal sector has been particularly impacted— and again, women, particularly those in informal self-employment, recorded large cuts in working hours and earnings. While some jobs may be recovered as the government finally eases lockdown measures and the economy hobbles back open, many jobs may be permanently lost. There is no doubt that gig and informal work are on the rise for many youths without other options in the months and years to come.

We need to actively invest in developing scenarios for institutional support of informal work and side hustles. Our institutions must be fundamentally reimagined—education, finance, governments, and linkages platforms—to unlock the potential of these gigs and to allow young people to reach their fullest potential.

Side hustles, given their increasing presence in lives (and economies) across the world, can no longer be relegated to the margins of institutional and regulatory systems. Indeed, they will form the main narrative of the book on the future of work.

Source: This article was originally published on 9 October 2020 on the Stanford Social Innovation Review website. Access it at:  https://femlab.co/2020/10/09/side-hustle-is-not-a-swear-word-how-to-make-gigs-work-for-young-africans/

The article was written by Sharmi Surianarain and Julia Taylor of Harambee Youth Employment Accelerator.
Image credit: Minette Lontsie / Wikimedia Commons
Previous post
Youth employment in KZN gets a boost with appointment of new leadership at Harambee
Next post
The experience of South Africans during lockdown

How a social compact is creating jobs in Gauteng

Job creation at scale is best achieved in growth sectors. The digital economy continues to grow despite the current global recession, and we need to find ways to harness the opportunities this presents.

Digital economy: What kinds of jobs can help fuel economic recovery and growth?

At least 3 million jobs have been lost this year and labour market participation by young adults has dropped a staggering 12 percentage points to just below 16%. If job losses persist, we will have lost a decade’s worth of job growth in only six months.

Take a deep dive into the critical roles to support growth in the digital economy, as well as the size and nature of offshoring of digital demand outside of South Africa.